Yeast Infection and sex; What you need to know.

Most of the time yeast infections develops because of factors that cause imbalance in microbial of the body. This includes hormonal changes and prolong use of antibiotics. Eventually this allow Candids yeasts to grow out of control, causing infection.

Yeast infections can share many of the same symptoms as some STIs or sexually transmitted diseases (STDs). This include;  vaginal itching, burning, pain, and discharge.

For the most part, yeast infections aren’t associated with the development of an STD. But by scratching to relieve vaginal itching, you may inadvertently create microscopic tears in the skin. This that allow bacteria or viruses that cause STDs to enter your body more easily.

Though yeast infections aren’t typically associated with STDs, they do have a well-known connection to HIV/AIDS, an STD that is often spread through sexual activity. HIV/AIDS can also be transmitted through direct contact of bodily fluids with an open wound or a tear in the skin and dirty needles.

HIV is a known risk factor for yeast infections. This is because HIV/AIDS, suppresses the immune system, allowing opportunistic infections to set in. Some studies suggest that about 50 to 70 percent of women with HIV develop vaginal yeast infections at some point in their lives.

Research also suggests that the connection works the other way around: vaginal yeast infections increase a woman’s risk of getting HIV.

In a study published in the Journal of Women’s Health. The researchers looked at women who were not HIV positive but who were in a sexual relationship with someone who was.

They found that the women who eventually contracted HIV were significantly more likely to have had yeast infections.

They concluded that women in high-risk relationships should receive regular gynecological evaluation and be taught how to prevent yeast infections. And to treat them quickly when they do occur — to decrease their risk of HIV infection.

Since yeast infections can irritate the vaginal lining even if you haven’t been scratching, it’s a good idea to use condom  if you plan to be sexually active. This is standard advice even when you don’t have a yeast infection.

Generally, it’s recommended to wait to have sex until after your infection clears. It only takes one to seven days with antifungal medications.

If you’re considering having sex while you have a vaginal yeast infection, it’s important to first consider the risks.

For one thing, the vaginal itching and burning associated with yeast infections may make sex uncomfortable. Or painful and increase vaginal burning and inflammation.

Additionally, the friction involved with penetrative sex can cause tiny tears in the vagina, making you more susceptible to STDs.

Another thing that might hinder you from having sex is the yeast infection treatment method you’re using.

If you’re using creams to treat your vaginal yeast infection, it’s best to delay intercourse until the therapy is complete. This is because sex can essentially push the medication out of the vagina. What’s more, some medications contain oils that can break down condoms.

In general, yeast infections aren’t frequently spread from one partner to another during sex.

Even so, there are situations where it does happen.

It’s possible for men to get a yeast infection from a sex partner who also has an infection.

The risk of men getting a yeast infection through sex is low, but up to 15 percent of men may get an uncomfortable rash on their penis if they have unprotected sex with a woman who has a yeast infection.

The rate seems to be highest among men who are not circumcised and men with diabetes.

In lesbian relationships, it’s possible that yeast infections may be spread from one partner to another through oral sex, although the issue has not yet been studied extensively.

If your partner  begins to experience any signs of a yeast infection, such as itching, burning, redness, or discharge. He or she should see a doctor to confirm the diagnosis and begin treatment.

Although yeast infections aren’t dangerous for most people, they can cause discomfort such as vaginal itching and burning.

Decisions regarding sexual activity during a yeast infection ultimately depend on what you and your partner feel most comfortable doing. 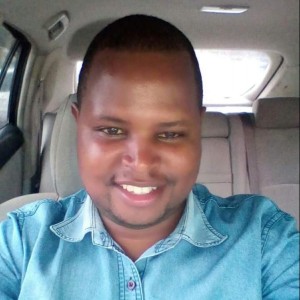 Am Robert Mathenge, a healthcare provider in Nakuru county. i love this profession as it gives me chance to serve my call, interacting with people from various social backgrounds makes me feel good.

What you need to know about fungal skin infections

When to take aspirin for medical emergency

This site uses Akismet to reduce spam. Learn how your comment data is processed.